A place to bring a contemplative / Dharmic perspective and opinions to current events, politics and economics.
Post Reply
15 posts • Page 1 of 1

Under the law, someone who encourages another person to commit a crime with intent that the crime occur is guilty of the crime itself under an aiding and abetting theory of liability.

If they let him go unchecked this time, it will show the world how much he does not need them while also disregarding them and that the oath he took it is a mockery and dust in the eyes of the electorate. The Congress and the Judicial Branch need to be firm and answer according to the brutal take over planned and executed. I see the plan executed because the Congress persons ran in disarray.

Connection to past deeds: If Trump reinstated himself as the President, then it would have been the end of democracy in this country, and the rule of one here and all over the world, including Iran, the country of Soleimani, whom Trump ordered killed.
Trump angered Iran so much that they made an official complaint to the UN against him that he be arrested and judged.

Some experts, including the United Nations special rapporteur on extrajudicial, summary or arbitrary executions, considered the assassination as a likely violation of international law as well as U.S. domestic laws. Iran called the strike an act of "state terrorism".

So we were not aligned with the UN at the time.

And then we were not aligned with Democracy at a later time.
Trump lashed out after documents were released showing him pressuring Justice Department officials to overturn the election

- "Sometimes by losing a battle you find a new way to win the war." - Donald J Trump
- I guess nobody's perfect.

In private, his support was giving in:
Melania Trump agreed with her husband that 'John McCain isn't a war hero,' a former aide says

Melania Trump told Donald Trump she did not think he would win in 2016, former lawyer Michael Cohen told Insider


So he duped her because next she slapped his hand. She can be everything but not stupid.

But let's return to Donald Trump whom we know he can go as unchecked rebellious boy who wants the Congress evicted and taught a lesson/punished so he can reinstate himself as 'Tremend-us' President!

And thus, Trump aides told him over a McDonald's meal to stop bitching about losing in Iowa to Ted Cruz in 2016

He cannot officially be serious about the attack on the Capitol, yet he asked his followers to toughen up, to come to 'Our Home' - the grounds of the Capitol.
The Congress is not his father. His father is Frederick Christ Trump. Donald Trump called the rioters there to take over. He ordered the attack just like he ordered the killing of Soleimani. Donald Trump is a hitman and hits are his mode of operation (MO).

* Gunther Hashida, one of the officers who responded to the U.S. Capitol riot on Jan. 6, reportedly took his own life last week on Thursday

* Kyle DeFreytag, another officer who also responded to the insurrection, died of suicide on July 10. 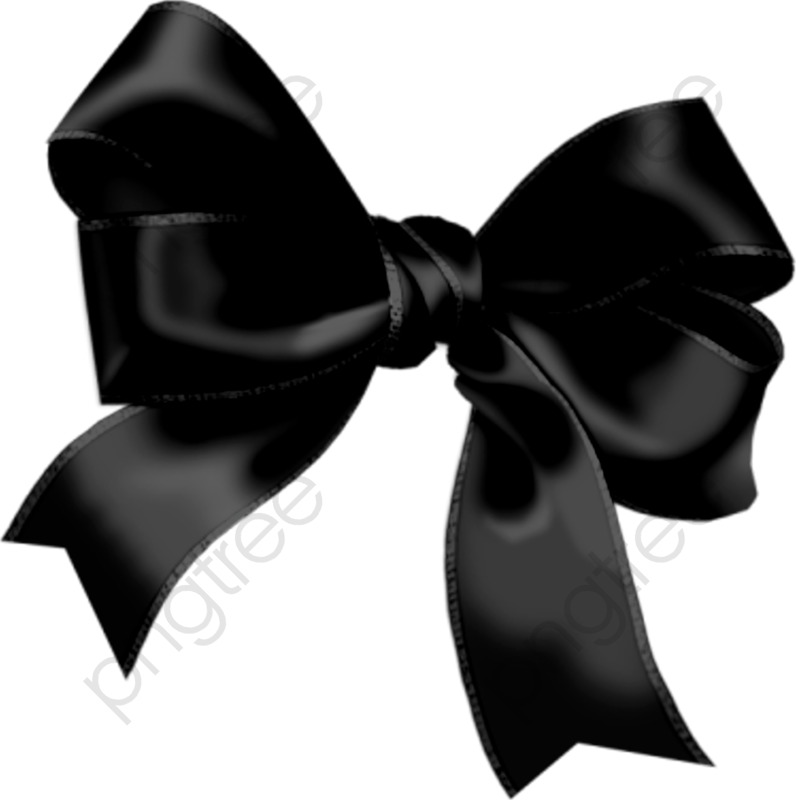 as if nothing happened.

...and in the statement we released and Congressman Nunez ...

He can buy this:

by Betty Schrampfer Azar. A very good book! I highly recommend it.

It does not matter if you have a birther, you can still learn if you want...

But actions speak louder than words:

Congrats to the recipients!
Top

The media and the public have this document now:

I wonder how Buddhists are going along with this sheer deceit of the former president. Is there a stop to how creative one can believe himself to be as to ask for illegal means of overthrowing an already legal process happening?

And is anywhere a point when they relate to the other sentient beings, be them "feminists" and other lacking in "physical prowess" and so on who call on them to stop?

Are they blinded by their "bodhisattva" drive that they can't see no longer there is no one marching or even stepping along them?
I wonder why they don't expect for any feedback from their perceived opponents/progeny/whatever.

There is feedback:
I love you like a mother does (as in all mother sentient beings), don't hurt me or my feelings for this country, the planet, and other human beings, brothers and sisters, children!
I'm not your property.
It is not written in the Constitution, but I am not your property because I have feelings.
You are illegal to manipulate and use my own feelings against me. I am a free person, free to go into any direction I desire, remember that!
Top


But one thing we've learned through college and school, undergraduate, everything, is that being in the school is much better than looking at a computer screen

He nailed it: forums make no sense. You look at a computer screen. It says nowhere that one needs to read it, you only look at it.

"The kids have to get back to school," Trump stressed. "Our children need to be educated."

Trump: Schools have to open and children need to be educated'
Young people are losing a big part of their life,' the former president said on 'Unfiltered with Dan Bongino'

He does not need to repeat the scarring thing. I heard it from the first time. If there are no other scars, psychological ones are just as good.

I am Miorita and I'm done for today.
Top

And I think that about concludes it: civil war, civilians killed by the US military, nuclear weapons used against the US, total carnage for 1 individual who was never taught the lessons he needed to grow in the right direction, that is that democracy means the rule of people and not the rule of 1, and that no one is above the law and to respect other safety restrictions that are in place to prevent humans turning against other humans.
It is a world of humans being civilized, educated and properly and honorably integrated via personal merits that he finds himself in and he needs to respect its rules.
Top

Yeah, it's horrible over here! We got swindled.


A so-called ‘McMafia order’ allows for an investigation into how a person or company earned money.

It looks like our former President is requested abroad for prior engagements.

(Life is complex and full of aspects. - unknown author)
Top

Trump supporters take horse dewormer to fight covid. The FDA reminds them that they are not horses or cows. The vaccine is free and available for everyone. The Pfizer- BioNTech Covid-19 vaccine has been fully approved.

Then Trump was booed at the Alabama rally for telling his supporters to take the vaccine.

Then Trump was denounced by his allies for a deal with the Talibans. It does not come as complete news because it's known he entertains with Kim Jung Un, with Erdogan, Putin, all in his opinion "very fine people". "Talibans are good negotiators."
Top

I'm not commenting that snakes are bad people and when I say snake I refer to Taurus persons like Melania who is the support behind Trump, but it is now more relevant that she is also an enabler. Yeah-yeah, they have a marriage before God and children. Whoever thinks like that is superficial. It's the karma that brought them together and they have a deal rather than a marriage.

Given that he started his campaign in 2011, he had plenty time to find or be found by the most interesting characters.
Trapped as he is, he still wants to speak or run for President. He has not much to say because the money talk through him now. He cannot control the energy. He snaps at people, is unfocused, he tires and is disheveled, he slurs and is angry without reason.
I think he's done, all eaten out. And this is a precedent that I'm marking down.
Top

Let me add just this little observation by a Methodist "brother" and then I'm done!


The unborn" are a convenient group of people to advocate for. They never make demands of you; they are morally uncomplicated, unlike the incarcerated, addicted, or the chronically poor; they don't resent your condescension or complain that you are not politically correct; unlike widows, they don't ask you to question patriarchy; unlike orphans, they don't need money, education, or childcare; unlike aliens, they don't bring all that racial, cultural, and religious baggage that you dislike; they allow you to feel good about yourself without any work at creating or maintaining relationships; and when they are born, you can forget about them, because they cease to be unborn. It's almost as if, by being born, they have died to you. You can love the unborn and advocate for them without substantially challenging your own wealth, power, or privilege, without re-imagining social structures, apologizing, or making reparations to anyone. They are, in short, the perfect people to love if you want to claim you love Jesus but actually dislike people who breathe.
Prisoners? Immigrants? The sick? The poor? Widows? Orphans? All the groups that are specifically mentioned in the Bible? They all get thrown under the bus for the unborn.

So you see? It's a virtual chance that Republicans and DJT as a group keep flipping under everyone's nose

each time they say "Pro Life".

And they win each time because we are simple people and think normally, uncomplicated and therefore are fascinated by the show that is put on for us to watch and jump at it as expected because we grasp at it.

If you look at it in slow motion, you understand or rather by invoking an inner witness, or other assistive presence that explains that the group is opportunistic as stated above and how it doesn't care of the divisiveness created among people as long as the group is in charge and beyond doubt in the eyes of those watching the show.

It takes a little bit of Dzogchen to understand.

Former President Donald Trump announced a boxing event that he was to comment on September 11.
The tickets were on sale for $49.99 for one if I remember correctly.
What he did was to exchange a few words over the phone with the people at the event.
He imagined that just by hearing his voice on the phone

, people will snap out of the trauma.

My personal opinion is that this is the most tasteless maneuver I ever read of or encountered. I think he is a monster incapable of having human feelings. Even my plants tear for what was then a loss of faith, on my part as well.

So I am writing now. It's my name day. Out of the rubble that I kept seeing on documentary movies how can I ask God to help me stand up and walk out for the rest of my days?
I think the only way is to commit trying every day.

Users browsing this forum: No registered users and 53 guests